My top 10 picks from the over 150 books I read last year. PLUS the book I'm proudest of having read.

You may find old books here but if they're on this list, then they were new to me! In no particular order.

Note: I've been doing this since 2008 — check the label cloud in the sidebar for "Best of" to see other lists. 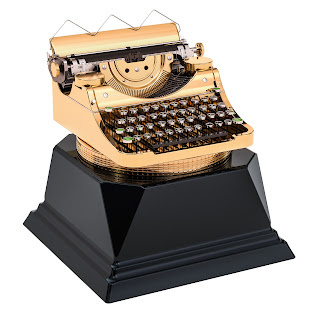 Les Miserables
by Victor Hugo
After rewatching Les Mis starring Hugh Jackman I was inspired yet again to try to read this book. It was the third time I was so inspired and this time it took! I wasn't a fan of the long, long asides but what the heck. It all came together nicely in the end. The bishop's chapters at the beginning will continue to be favorites but I'm not sure I'll ever read the entire thing again. I'm happy I read it. Anyone interested in a deep dive will like The Les Miserables Reading Companion Podcast.

All Things Made New

by Stratford Caldecott
Caldecott studies the symbolism and meaning of the Book of Revelation, as well as the prayers and meditations of the Rosary, including the Apostles' Creed and the Our Father. The examination of the actions of the Son and Holy Spirit as reflected in the Creed were especially illuminating as were  his reflections on the the way of the cross.
(Full review here.)

A Gentleman in Moscow

Amor Towles
I didn't expect to love a book about a gentleman under hotel arrest during the Russian revolution (and after) to be so wonderful. It is a wonderful balance of whimsy and history, fairy tale and reality. It tells us how to survive the rules imposed by others and how to turn dreams into reality.  This book was from my 2021 Book Challenge which just made it more gratifying that I loved it so much.
(My review here.)

(Book 1 of the Murderbot Diaries)
by Martha Wells

The first thing you need to know about Murderbot is that it doesn't like humans. Even though its job is to protect them.

The second thing you need to know is that Murderbot would really rather be watching TV. Specifically the most unrealistic soap-opera science fiction available.

These books are the most fun I've had reading for a long time. The story plots are somewhat beside the point, just as in a big, splashy action thriller where what you want is action and thrills. And yet, the plots do matter because that's where we find out that Murderbot actually does care about more than watching TV.

And, you know, we kind of wind up loving Murderbot, so we care too.

(My full review of the series here.)


One Corpse Too Many

by Ellis Peters
Brother Cadfael is a monk in England in 1138 who solves murders while helping at least one young couple out of difficulties in every book. I'd tried them before but they never grabbed me. This one somehow worked. Perhaps because it was more adventure than mystery. I'm always able to guess the culprit early on but in this book I was engaged the entire time in Brother Cadfael's battle of wits with Hugh. It opened the door for me to enjoy Patrick Tull's narrations of more of the series.

Genesis: The Book of Beginnings

by Rabbi Jonathan Sacks
The first book of a series of essays which work their way through the Torah in a year. Sacks has an  easy style while giving indepth, brilliant, compassionate commentary that often surprised me and sometimes changed my whole perspective on a Biblical person or their actions. Sacks is good at comparing ancient and modern worldviews. This not only clarifies Biblical context but often shows just how different our current ideas are.
(My full review.)

by G.K. Chesterton
I've often been urged to read this classic but couldn't get into it. Luckily I discovered the Pints with Chesterton podcast which made me begin reading a chapter at the time. When I got to chapter five I was hooked and couldn't put it down, zooming through the rest of this work of genius.

by Graham Greene
Father Quixote is a descendant of the famous book's hero. Yes, he knows the book is fictional. When he's promoted to Monsignor he goes on a road trip in his aged car Rocinante, with his friend Sancho who is the newly deposed Communist mayor of the town.

I know just enough broad plot points from Don Quixote to see where Greene uses them in his own updated way for this charming book. The rambling trip and conversation are amusing, thought provoking, and inspiring.

by Father Blake Britton
During the past five decades, the Second Vatican Council has been alternately celebrated or maligned for its supposed break with tradition and embrace of the modern world. But what if we’ve gotten it all wrong? Have Catholics—both those who embrace the spirit of Vatican II and those who regard it with suspicion—misunderstood what the council was really about?

Short review: simply excellent. Inspirational as well as informative. All Catholics should read this book.
(Read my full review here.)

(Ecclesiastes—Life as Vanity, Job—Life as Suffering, Song of Songs—Life as Love)
by Peter Kreeft
"I've been a philosopher for all my adult life and the three most profound books of philosophy that I have ever read are Ecclesiastes, Job, and Song of Songs." These are the opening lines of Kreeft's Three Philosophies of Life. He reflects that there are ultimately only three philosophies of life and each one is represented by one of these books of the Bible—life is vanity; life is suffering; life is love.
This was an excellent deep-dive into three Wisdom books which are famously difficult to understand.
By Julie D. at January 03, 2022

Email ThisBlogThis!Share to TwitterShare to FacebookShare to Pinterest
Labels: Best of 2021, Reviews: Books