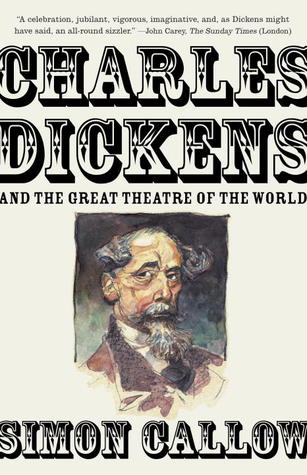 Simply superb. Simon Callow reads his own work and I highly recommend the audiobook for those who are so inclined.

This is a brief but comprehensive biography of Dickens told by an affectionate fan who is nonetheless clear eyed about Dickens' positive and negative qualities. Callow is an actor by trade and his appreciation for Dickens is in large part for someone who was always "performing" and thrived most when he had a relationship with his audience.

I myself didn't realize what a talented actor Dickens was or how many theatrical performances he was a part of, especially since in Victorian times amateur plays were a common pastime. When you've got friends the likes of Thackeray and Wilkie Collins, you know the screenplay will be terrific, there will be lots of fun getting the show together, and you'll pull in quite a crowd. No wonder Dickens loved driving those performances!

As I said, this is a comprehensive biography and I highly recommend it. I was left with a greater appreciation for Dickens' genius and a real sympathy for those who lived with that genius running their lives. It must have been glorious but tiring to be one of Dickens's friends or family!
By Julie D. at August 11, 2022