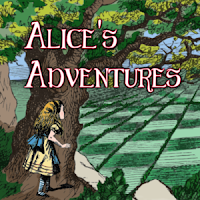 ALICE'S ADVENTURES
(both In Wonderland and Through the Looking Glass)
As frequent visitors know, I love Corey Olsen's Mythgard Academy classes on fantasy and science fiction. They dive very deeply into Tolkein's Middle Earth works (including a lot that most people haven't heard of) but I  stick to the works that most people have heard of like Dune, Dracula, and Watership Down just to name a few.
I was delighted to see the newest series covering a surprising selection, both of Lewis Carroll's Alice books. However, J.R.R. Tolkien and C.S. Lewis both acknowledged debts to and love of these books, so it makes sense that Mythgard Academy would dive in sooner or later.
Listen here. 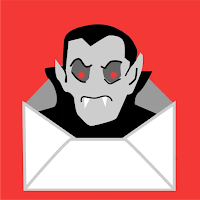 DRACULA DAILY
Get the classic novel Dracula delivered to your email inbox, as it happens.

Bram Stoker’s Dracula is an epistolary novel - it’s made up of letters, diaries, telegrams, newspaper clippings - and every part of it has a date. The whole story happens between May 3 and November 10. So: Dracula Daily will post a newsletter each day that something happens to the characters, in the same timeline that it happens to them.

I've read Dracula so many times that I practically have it memorized. But I know it can be intimidating what with being an older book, a classic, about vampires, and suchlike.

This is the easy way to try it — via email, in small digestible chunks - as it happens to the characters. Sign up here.

Homer:
You must love this country more than I love a cold beer on a hot Christmas morning.

Most women are attracted to power and status, but then the stars don't need to tell you that, Mr. General Manager of the Court Street Baskin-Robbins.