The Philosophy of Tolkien: The Worldview Behind The Lord of the Rings by Peter Kreeft 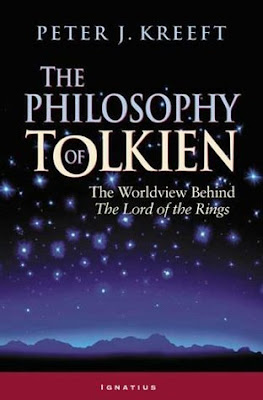 Oh, no! Not another book on Tolkien!
Why should you read this one?

This is the opening to Peter Kreeft's introduction and it is a fair question. It is why I waited so long to try it. I've got a lot of excellent books about The Lord of the Rings and it was hard to see how this was going to add anything new. Except, of course, that Peter Kreeft is a philosopher and so he looks at everything a little differently than most other authors.

I was startled by his idea that it is our generation's Divine Comedy. But the more I thought about it, the more it made sense. No wonder it has inspired so many and hung on so long as a great book. No wonder I have so many excellent commentaries. How did people feel when the Divine Comedy came out? Possibly just the same! I like that feeling of fellowship with long ago readers of another book that I really love (though I do not understand the Divine Comedy nearly as well as LOTR, but then LOTR is my age's great book so it is written for me).

Virtues can be classified in many ways. One is "hard" versus "soft." Our ancestors were better at the "hard" ones, like courage, duty, honor, chastity, and obedience. We are better at the "soft" ones, like pity, mercy, sensitivity, and humility. We are shocked at their cruelty; they would be equally shocked by our laxity.