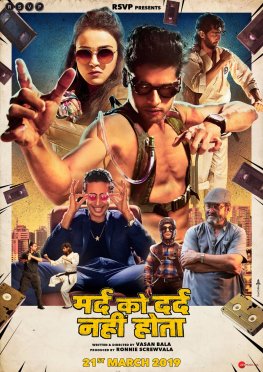 Surya has a rare condition of Congenital Insensitivity to pain meaning he can not feel pain. Hearing that most children with this condition never live past the age of four, his grandpa uses martial action movies to train him to be like Bruce Lee. This seems counter intuitive, but actually works. Surya and  his childhood friend, Supri, who has her own problems, set out to right wrongs.

That's just the first part of the movie and when the story heads into Surya's adulthood is when the real action begins. Surya really believes the good guys win, any obstacle can be overcome, and that true love triumphs over all. He doesn't have a cynical bone in his body. That sweetness and earnestness  make us love Surya, his oddball team of justice fighters, and this movie.

In many ways it made us think of Amelie and Edgar Wright movies for a story with sweetness, quirkiness, and heart. It is loaded with fantastic action scenes and pop culture. There were many Western cultural references and from reading  reviews I know there are tons that we missed from Indian culture and old martial arts films. The two lead performances were from newcomers who acted with complete confidence and this has what must be the best double role of all time from Gulshan Devaiah.

It is fun and funny, goofy and heart-felt, and shouldn't be missed. Let you think it sounds too crazy, I will add that my 86-year-old mother loved it and was using movie references around the house the next day.