Close Reads and The Lord of the Rings 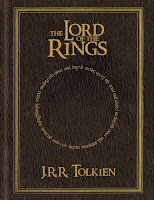 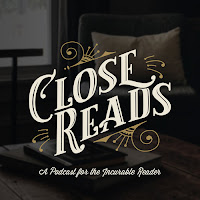 I've been listening to the Close Reads podcast for several years off and on, depending on what they're reading. They discuss books indepth from a classical education perspective which feeds into a homeschooling, Christian audience. That is reflected in their Facebook page which has varied and lively discussions and I regularly check in there too. I especially enjoyed their discussions of True Grit, Death Comes for the Archbishop, Anne of Green Gables, Frankenstein, and Rebecca (a book I detest but which they loved — the discussion was so interesting I just kept listening). They've covered a lot more ground than that so definitely check them out.

Their Patreon subscriber episodes got me through Crime and Punishment, for which I am duly grateful. Russian novels and I don't mix, but the Close Reads conversation pulled me into mostly enjoying that book.

When they announced they were going to read The Lord of the Rings  I was planning on skipping it. I've read many commentaries on the book and have never found anything that I liked better than Corey Olsen's masterful classes at Mythgard Academy (free!). After all, Olsen's original Tolkien Professor classes were the ones that made me pick up LOTR for a fourth time and finally get through it. Now I consider LOTR the best book ever written, so that's a debt I will never forget. Naturally, I figured between all those other references I'd heard most of the takes on it.

Then I started seeing outbursts of praise in the Facebook group which piqued my interest so I bit. Finishing up their six-episode discussion of The Fellowship of the Ring, I must add to that outburst of praise. Their conversation is not afraid to dip into Christian viewpoints which resonate with my own take and deepen it considerably. The classical viewpoint also adds richness to appreciating the wisdom J.R.R. Tolkien has woven into the story. The Close Reads discussions equal and complement the Mythgard classes in the best possible way.

Mostly, I thrill to the love and admiration for this work which so clearly emanates from Heidi White and Ian Andrews. They have enhanced my own love of the book which I already thought was the best book ever written. (The host, David Kern, clearly likes the book but he doesn't match the geeking out and love that Heidi and Ian show).

If you're a Tolkien fan and a Christian you're going to want to try this out. The $5 Patreon subscription gets you access to both the LOTR and Crime and Punishment series. They are over halfway through The Two Towers and I look forward to having my mind blown regularly as I journey alongside.

Email ThisBlogThis!Share to TwitterShare to FacebookShare to Pinterest
Labels: Literary Podcasts, Lord of the Rings