Part 2 - The Wedding at Cana and The Passion of Christ 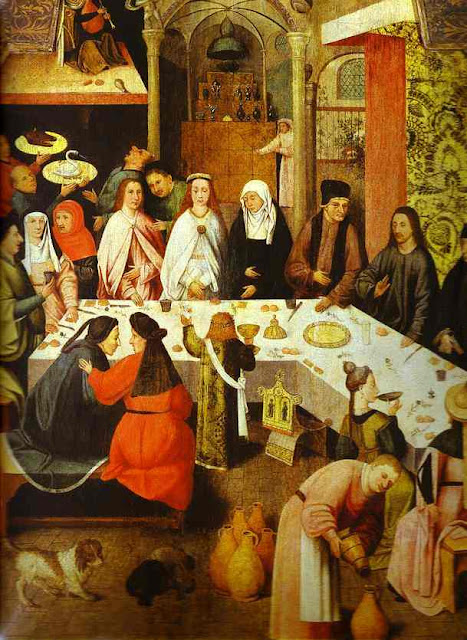 Continuing the connections Fulton Sheen makes between the wedding at Cana and Christ's Passion, death and resurrection.


As soon as He has consented to begin His "Hour," He proceeded immediately to tell her that her relations with Him would be henceforth changed. Until then, during His hidden life, she had been known as the mother of Jesus. But now that He was launched on the work of Redemption, she would no longer be just His mother, but also the mother of all His human brethren whom He would redeem. To indicate this new relationship, He now addressed her, not as "Mother" but as the "Universal Mother" or "Woman." What a ring those words had to people who lived in the light of the Old Testament. When Adam fell, God spoke to Satan and foretold that He would put enmity between his seed and "the Woman," for goodness would have a progeny as well as evil. the world would have not only the City of Man which Satan claimed as his own, but also the City of God. The "Woman" did have a seed, and it was her Seed that was standing now at the marriage feast, the Seed that would fall to the ground and die and then spring forth into new life.

The moment the "Hour" began, she became "the Woman"; she would have other children too, not according to the flesh, but according to the spirit. If He was to be the new Adam, the founder of a redeemed humanity, she would be the new Eve and the mother of that new humanity. As Our Lord was a man, she was His mother; and as He was a Savior, she was also the mother of all whom He would save. John, who was present at that wedding, was also present at the climax of the "Hour " on Calvary. He heard Our Lord calling her "Woman" from the Cross and then saying to her, "Behold thy son." When Our Lord raised the son of the widow of Naim from the dead, He said, "Give him back to his mother." On the Cross, He consoled His mother by giving her another son, John, and with him the whole of redeemed humanity.