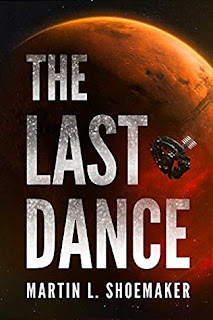 In space, mutiny means death—that’s why Inspector General Park Yerim is taking her investigation so seriously. The alleged mutineer is Captain Nicolau Aames, whose command of the massive Earth-Mars vessel Aldrin has come under fire. The vast System Initiative says he disobeyed orders, but his crew swears he’s in the right.

En route to Mars, Park gathers testimony from the Aldrin’s diverse crew, painting a complex picture of Aames’s character: his heroism, his failures, even his personal passions. All eyes are on Park: one way or another, her findings will have astronomical implications for the Aldrin and the future of space travel.

The last time I enjoyed a new science fiction author this much was when I read Leviathan Wakes. Like that book, this one feels like something from the Golden Age of Science fiction, while being something brand new.

Inspector General Park conducts a series of "off the record" interviews while investigating charges of mutiny against the captain of a Martian-bound spaceship. That's the framework for a series of stories that range from mystery to Martian survival to estranged love. All are building blocks in the overall question of figuring out the accused captain's motivations and guilt or innocence. It's space opera in fine form.

I burned through this in two days and am already looking forward to the second in the series, though I'll have to wait a year for it.
By Julie D. at October 16, 2019