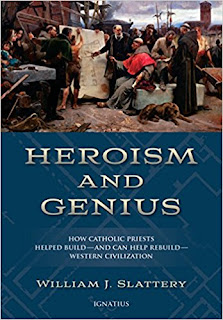 'But my home, such as I have, [said Aragorn] is in the North. For here the heirs of Valandil have ever dwelt in long line unbroken from father unto son for many generations. Our days have darkened, and we have dwindled; but ever the Sword has passed to a new keeper. And this I will say to you, Boromir, ere I end. Lonely men are we, Rangers of the wild, hunters — but hunters ever of the servants of the Enemy; for they are found in many places, not in Mordor only.

'If Gondor, Boromir, has been a stalwart tower, we have played another part. Many evil things there are that your strong walls and bright swords do not stay. You know little of the lands beyond your bounds. Peace and freedom, do you say? The North would have known them little but for us. Fear would have destroyed them. But when dark things come from the houseless hills, or creep from sunless woods, they fly from us. What roads would any dare to tread, what safety would there be in quiet lands, or in the homes of simple men at night, if the Dúnedain were asleep, or were all gone into the grave?

'And yet less thanks have we than you. Travellers scowl at us, and countrymen give us scornful names. "Strider" I am to one fat man who lives within a day's march of foes that would freeze his heart or lay his little town in ruin, if he were not guarded ceaselessly. Yet we would not have it otherwise. If simple folk are free from care and fear, simple they will be, and we must be secret to keep them so. That has been the task of my kindred, while the years have lengthened and the grass has grown.

'But now the world is changing once again. A new hour comes. Isildur's Bane is found. Battle is at hand. The Sword shall be reforged.'

They had me at Aragorn. This quote launches the book's introduction and gives you a sense of the spirit of the work.

The subtitle really tells you what the book is about: How Catholic Priests Helped Build — and Can Help Rebuild — Western Civilization.

This book looks at priests' roles in building and maintaining Western civilization. The author begins with modern historians' assessments and then goes on to tell the stories of some of these remarkable men. I was impressed with the lengthy list of historians who recognize the Church's pivotal function throughout much of Western civilization.


The Catholic historian cannot empty his heart when he writes about the Church; he has the eyes of a lover, enchanted by the beauty of his bride, and they remain the eyes of a lover even when she has been dressed in rags by treacherous men; he will always chronicle as a builder who wants to learn from history how to renew the institution he loves.

I especially enjoy William Slattery's romantic style of writing, which we don't see very often any more. It conveys the passion he feels and the romance of the faith and the Church. It would seem over the top, perhaps, except that it is grounded in solid understanding of the faith and of human nature. Slattery looks at history with the eyes of a realist but also with the eyes of someone who knows we can again be great as our forefathers were. Here's just a bit more...


Hence the purpose of this book is not lionizing and nostalgia, a yearning to live in some mythical "good old days," an attempt to find excuses to handcuff progress to obsolete standards. Instead, it is a shout to contemporary priests—"Remember!"—as they stand at a crossroads of history and confront the Western civilization of the past and the dictatorship of relativism of the present: Remember who you are and what you once achieved; recall the crucially important social consequences of your priesthood; remember that the priest, by being truly teacher, sanctifier, and shepherd, changes society and builds Christian civilization—that he simply cannot fail to change the world by being an authentic priest of Jesus Christ!

The book covers the course of history in Western civilization including the Dark Ages, Chivalry, Romanticism, and Free-Market Economics, among other topics. Slattery also never lets us forget that for every important name, there were hundreds of anonymous priests laboring for their flocks. I enjoyed the heck outta this. Now go get this book and enjoy it for yourself.
By Julie D. at December 01, 2017