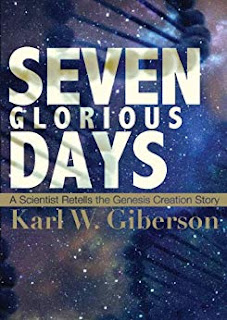 The watery planet that would bear the label "Earth" some five billion years later was nothing short of a creative miracle. The ten billion years that it took the universe to produce a habitable planet is about the shortest possible time for that gargantuan task. Skeptics who say humans must be irrelevant because they did not exist for most of the history of the universe don't know what they are talking about. It takes a few billion years to make the first stars and about five billion years for a newly minted first-generation star to fuse itself into a supernova. It then takes a few billion years for the cloud from that supernova to reassemble itself into a second-generation star like our sun, surrounded by rocky planets rich in organic molecules, and, in rare cases, water.

The most awe-inspiring aspect of this long, strange trip is the constant presence of mathematical laws, guiding and controlling every aspect. When we examine the world at the "top level," so to speak, the mathematics is invisible. ... On the surface, nature is, to be sure, noisy in the sense of being cluttered, busy, and seemingly without patterns. Even beautiful scenery--picture a mountain lake with snowcapped mountains in the background--rarely seems "organized." But as we apply our scientific knowledge to the cluttered world we experience and drill down to the bedrock of our understanding--eliminate the noise--we find something quite wondrous. At the end of the great hallway that takes us from the social sciences to the natural sciences, through biology and chemistry and ultimately to physics, we find ourselves at last in the presence of a most beautiful and unexplained symphony of mathematics. Across the dark abyss, this mathematics comes clearly into view, out of nowhere, explaining the world around us while remaining unexplained itself. It is part of the Logos of creation.

I have a general interest in science but have only a layman's grasp of what happened between the Big Bang and now. As a Catholic convert coming from a completely secular mindset, I especially appreciate the hope and optimism that come from seeing science not simply as coldly rational facts, but in the context of a bigger plan.

Author Karl Giberson comes from an almost completely opposite background than mine. Raised to believe in the literal truth of the Bible, he was a young-earth creationist. College science classes convinced Giberson that Genesis was a story recounting faith rather than science. However, science was often reduced to coldly rational explanations that were not engaging people about their place in the scheme of things, which he found unsatisfactory as well.

Seven Glorious Days bridges the gap between science and faith so that Giberson and I find ourselves meeting in the middle, amazed at the mechanics of creation and awed at the sense of purpose that can be traced. Giberson communicates this by giving an overview of what scientists have discovered about creation, from the Big Bang to human evolution.

As I read about what has been discovered about the underlying structure following the creation of the universe, and how it led to our planet's eventual creation followed by the generation of life, I felt a sense of exhilaration and excitement. There is beauty accompanying the logic of the laws of physics. By the time Giberson reached the "symphony of mathematics" mentioned above, I was thrilled. Not only did I have a grasp, albeit simple, of the science, but I had a sense of why many scientists themselves believe there is more than cold, hard facts to the universe.

Reading Giberson's commentary about how life flourished just about as fast as conditions would permit, I was suddenly struck by the odd notion that perhaps we are not finding life in other star systems because we are the first. This never occurred to me before and, as a devoted science fiction fan, it turned my world upside down. Could it be that we are the much vaunted "Old Ones" which many science fiction novels show their protagonists tracking down? A humbling notion and also a fascinating one, showing that we do not really know where our place is in the universe.

At this point in the book, I was catching up on my daily Catechism reading and came across a passage that dovetailed precisely with Seven Glorious Days.


310 But why did God not create a world so perfect that no evil cold exist in it? With infinite power God could always create something better. But with infinite wisdom and goodness God freely willed to create a world "in a state of journeying" toward its ultimate perfection. In God's plan this process of becoming involves the appearance of certain beings and the disappearance of others, the eixtenceof the more perfect alongside the less perfect, both constructive and destructive forces of nature. With physical good there exists also physical evil as long as creation has not reached perfection.

That sense of "a state of journeying" perfectly expressed the sense I received from Seven Glorious Days. The next paragraph brings that "journeying" home to our own lives.


311 Angels and men, as intelligent and free creatures, have to journey toward their ultimate destinies by their free choice and preferential love. They can therefore go astray. Indeed, they have sinned. Thus has moral evil, incommensurably more harmful than physical evil, entered the world. God is in no way, directly or indirectly the cause of moral evil. He permits it, however, because he respects the freedom of his creatures and, mysteriously, knows how to derive good from it....

As much sense as this made to my Catholic sensibilities, I was quite surprised to see that it was a foretaste of the remainder of Seven Glorious Days. Speaking of evolution and man's unique characteristics, Giberson fills in the scientific gaps which lead to the above mentioned journey we humans take. I do not want to spoil it for anyone so I won't explain further. Indeed, I see that I have taken up quite a few pixels in my enthusiasm so far. Suffice it to say that Giberson's overview uses scientific facts to show where the whole glorious ride of creation has been headed since the beginning.

I have been remiss in not yet mentioning Giberson's framework, in which he rephrases God's seven days (or epochs) of creation in ways which encompass science. Here is a sample.

Then God said, "Let matter emerge, with precisely defined properties that will empower the development of everything else in the universe, laying a secure foundation for changes that will eventually lead to living creatures, following the patterns laid down by the Logos.

And there was evening and morning, beginning and ending, of the second epoch of creation.

And God saw that it was Good.

As you can tell by now, I find Seven Glorious Days to be very good, very inspiring, and a "must read" for anyone who ever struggles to explain to nonbelievers that science and faith are not nonexclusive. Highly recommended.
By Julie D. at November 28, 2012