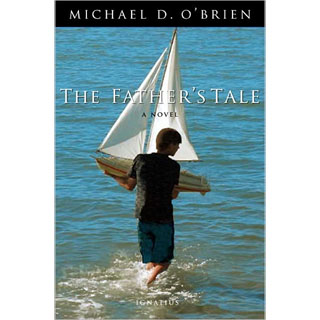 He was losing all affection for Russia. It was a crazy country, full of crazy people. At any moment, crazy things came out of nowhere and ran over the unsuspecting traveler, shot him with an arrow or shook him like a pea in a tin can. Moreover, he realized that he had left behind at Obsk the bag in which he had carried his clothing, and he was doubly disturbed that he had not noticed until now. He possessed only the clothes on his back and the shoulder bag containing his documents, money, and a few books. Once again, everything was going wrong.

Alexander Graham, is the father of two sons, both old enough to be living their own lives. A widower living in the small Canadian town of Halcyon, Alex runs the bookstore on a shoestring, barely making ends meet. When he attempts to call his son Andrew in Oxford for Christmas, Alex finds Andrew is unexpectedly missing. Further investigation reveals that Andrew may be in the clutches of a New Age religious cult so Alex borrows money against his store and sets off to England. He winds up following them to Europe and then across Russia as the pursuit takes on a life of its own.

Clearly Michael O'Brien has a passion for Russian literature and for the Russian people who are so affectionately and realistically portrayed in this novel (as far as I know ... since I don't know any Russians). Just as clearly, he has passion for music, poetry, fathers, and sons as evidenced by continuing threads throughout the book.

Whether it was necessary for him to write a 1,072 page book to tell his story is not as clear.

You'd think the story of a father trying to find and rescue his missing college-aged son from a religious cult would be sensational, quick paced, and shocking. Well, no. However, as O'Brien told it, the story kept pulling me along. I could feel for the father's uncertainty about what action to take, his constant worry about lack of funds for continuing Russian travels, and his worry over whether his son was being held against his will or whether this was the son's choice ... and what to do in either case.


This was definitely an interesting tale in that it contrasted the usual thriller type fare of cults and being lost in a strange country while steadily losing every possession against Graham's traveling with a slow, meditative pace. The face that  we understand very little of what occurs makes us equal with the protagonist. The one thing that is clear is that O'Brien provides food for thought sprinkled throughout the journey. I have never read Tolstoy so I can't say if this book is similar (as one endorser did), but it is definitely worth reading.
I have to say that this book began dragging for me after the doctor left her two sons in Alex's charge while she went on her trip. I am not sure if I simply was impatient with reading the book after so much time (which is a fault I have, admittedly) or if enough cogitation along the same lines as Alex's had been done already and so was a rerun in some ways. Also his time after coming down the mountain had a completely unrealistic, forced feel to me although I did value its nightmarish quality and the way Alex was used by God after surrendering himself completely. It felt tacked on, especially once he was moved further east. This is a problem I ran up against in the one previous O'Brien book I read. It was as if having satisfactorily reached the last fourth of the book, he felt some compulsion to ratchet up the pace in a way that was completely out of synch with the rest of the book. In this book, I found many of the plot points at the end completely ridiculous. I'd have preferred it if some points were left hanging rather than reading the explanation that the author provided.

Oddly enough, despite my complaints about things going on too long, I felt as if Andrew's story, once finally revealed, was incomplete. Too short, too few details ... more of "a shot rang out and everyone dropped dead" quality.

So, it is a good book and worth reading, but definitely not perfect. I am not sure where I'd do it if I were the editor, but I don't think it needed to be so long to tell the story. Long, yes. 1,077 pages long, no.

"That was my papa's hat," Kiril informed him with a smile that said, I'm glad it's on your head; it's a fine thing to see it in use; that's what hats are for. And so Alex felt the pain of his new role, a transient father filling in the gap left by the real father. A token hat. Could a child survive on symbols alone?

Alex felt at such moment the strangeness of his situation, as if his life's meaning was taking a form that had been chosen for him by someone else, leaving him only small freedoms. Within that limited zone he could choose to love or not love, to speak truth or not speak it. But it was undeniable that he was locked within a prison of circumstances.

He reminded himself that he was not in solitary confinement. This was some comfort, but it did not answer the fundamental question: Why was he here? If life was neither purely accident nor purely determined, what was going on? Was it a mixture of accidental and determined? And why was the world perceived so differently by two souls standing side by side? For Alex, the world threatened at every moment to become a neo-Pavlovian maze. For Kiril, it was always a vast playing field. Which of the two was the correct view of existence? Neither? Both?

You may read a longer excerpt of a section I particularly liked here.
By Julie D. at January 05, 2012