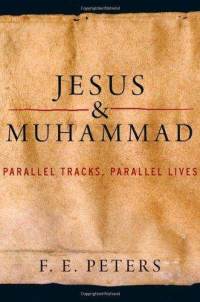 Afterthoughts: The New Testament and the Quran
There are two different epistemic systems at work in the New Testament and the Quran. With the Quran the secular historian starts with the investigative premise that it is the voice of Muhammad he is hearing through the received text. The Muslims who were responsible for transmitting that received text, and perhaps the very earliest believers who created the Quran as a text, believed no such thing. They heard the all but immediate voice of God. The sounds may have come forth from the lips of Muhammad but he was merely enunciating and not creating them.

In the case of Jesus, the historian, whether Christian or not, recognizes from the outset that he is dealing with texts that had human authors, whose very names stand in fact at the heads of the texts that constitute the New Testament as certainly as no one's does at the head of the Quran. The investigative premise is that the texts, particularly the Gospels, report the teachings (and describe the acts) of another human personage, namely, Jesus of Nazareth. The Christian immediately adds that this same Jesus was also the Son of God and so what was proceeding from his lips was the reported speech of God. It was not, however, The words of Yahweh heard and reported by Moses from Sinai or the words of Allah pronounced by Muhammad in Mecca and Medina were God's reported words; what proceeded from Jesus' lips was a revolutionary new discourse, the words of a man-God, a human voice with the gravity of the Divine.

I received this book just about a year ago and, what with one thing and another, it took me a long time to read it. However, I always came back to it because the premise was so interesting and the facts so engrossing.

F. E. Peters examines and compares the historical profiles of Jesus and Muhammed to show us, from a historian's viewpoint, what we do and do not know about them. I actually am not exactly sure why the author wrote the book because he does not really draw any conclusions. However, I'm ok with that, as will be revealed at the end of this review.

I already am familiar, of course, with Jesus' life and identity from both a secular and Catholic point of view. Part of the test for Peters, naturally, was to see how his presentation of Jesus matched my own expectations. Since I knew next to nothing about Muhammad, I couldn't judge the truth of what I was being told other than to judge the truth of what Peters said about Christ. If he proved trustworthy there, then I felt he'd be equally trustworthy on Muhammad's behalf.

I was impressed because the author was dispassionate in delineating history versus belief, while always being quite respectful of believers. This is not a quality we often see in historians speaking about religion. Usually they are rooting for one side or another. I commend Peters for doing such a clear job of research and writing.

The painstakingly objective way he wrote about what Christians believe about Christ,  led me to believe that I was being allowed as unbiased a look as I have ever been shown of Muhammad and how his followers have developed his words into the Quran and the Sira. And that was precisely what I was after. Highly recommended for those who would like similar enlightenment.
By Julie D. at October 18, 2011