Genesis Notes: Revelation About the Universe and Man

GENESIS 1:1-31
I am in awe of the amazing amount of information revealed through details, and of the scholars knowledgeable enough to tease this info out and convey it in an understandable way. Here are a few of the "aha" moments; things I never "got" until going studying Genesis. Well, ok, I already knew the "male and female" thing but thought it was cool so I threw it in.


THE SUN AND MOON 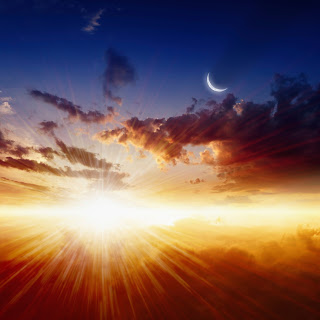 In vs. 16, God makes "the two great lights, the greater light to rule the day, and the lesser light to rule the night." Note that the sun and moon are not named. In the ancient world, the very words "sun" and "moon" were synonymous with the names of deities. In contrast, Genesis teaches that the sun and moon are not powers to be feared but created things with a God-given purpose in the universe. They are put in dominion over day and night - but have no jurisdiction over man or the earth. Psalm 19 tells us of another function: to tell the glory of God. When we gaze at them, we should recognize the power and beauty of God in them. The text says these lights (sun, moon, stars) are for "signs" and to mark out time and seasons. What might they be signs of? Think of the star that the magi followed to find the newborn King. Think also of the eclipse of the sun on Good Friday. They are elements used by God to communicate with His creation.

MALE AND FEMALE
God, who is Spirit and thus neither male nor female, is nonetheless reflected in mankind only by male and female together. Man and woman are created "equal as persons -- and complementary as masculine and feminine" (CCC 372). Each has the inherent dignity of being created in God's image. In communion together, and particularly in the context of the family, they fully reflect the image of the Divine Family, which is God the Father, Son and Holy Spirit.

SHARING IN GOD'S WORK
In asking man to reproduce and fill the earth, God is asking man to help complete that which He began to do in the beginning. In giving man the responsibility to be fruitful, He allows him to participate in the creation of human life. In giving him charge over the earth, God is vesting man with some of His own authority, in effect asking man to share in His work of ruling. Man's two-part vocation is thus a reflection of God Himself. It enables him to be what he was created to be: a creature made in God's image. And it is in fulfilling this vocation that he gives praise and glory to God.

Genesis Part I: God and His Creation