It's no secret that I have a real fondness for pulp fiction of the type that was serialized in various magazines around the turn of the 20th century. It is perfect for light relaxation and almost always has an underlying moral sense that I find refreshing these days.

This series by Edgar Rice Burroughs has additional interest because he begins with a completely unlikable and seemingly unredeemable character. 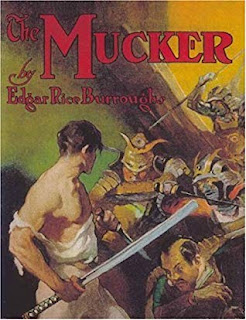 Billy Byrne is a low class American born in Chicago's ghetto. He grows up a thief and a mugger. He is not chivalrous nor kind, and has only meager ethics - never giving evidence against a friend or leaving someone behind. He chooses a life of robbery and violence, disrespecting those who work for a living. He has a deep hatred for wealthy society.

As I said, this book takes an interesting and unusual turn in telling about a man with no redeeming qualities whatsoever whose participation in a kidnapping leads to a change of perspective. We expect Billy's redemption when he crosses paths with a millionaire's daughter, but she loathes him as much as he hates everything about her. And for a very good reason which is one I never could figure out how they would get past. Their exotic adventures together, thanks to fate, make great escapist reading. 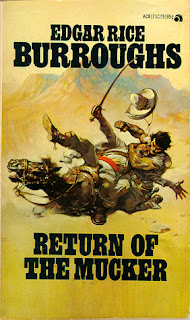 The Mucker in Mexico in the days of Pancho Villa. With a new best friend hobo who recites poetry. What a coincidence that Barbara's father happens to own a ranch nearby that they're visiting when the banditos/revolutionaries get violent...

The Kindle collection I was reading had this book as part 2 of The Mucker, but evidently it has usually be published as an independent sequel, which makes complete sense. 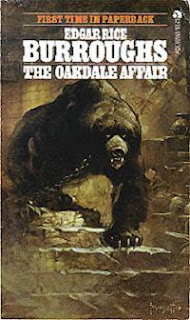 No Mucker, but we do get an adventure with his pal Bridge, the poetry quoting hobo. And burglars, murderers and a ghost. It was originally titled Bridge and the Oskaloosa Kid and is actually fairly short, more of a novella than a book. The twists are fairly predictable but I enjoyed seeing Bridge have his own adventures.
By Julie D. at November 25, 2019