There's a Lot More to Podcasting Than "Serial"

(Links for all the podcasts mentioned below can be found in the sidebar at Forgotten Classics.) 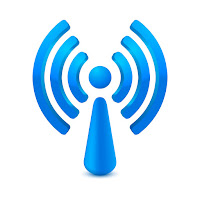 Serial — we're told it is the "break through" podcast in the "sleepy world of podcasts."

Podcasts are popular again. They went through a period of popularity when they began and then faded into obscurity as far as the media was concerned. But like bees or ants, podcasters just kept busily producing their audio shows, ignoring the "podcasts are dead" media talk, buoyed by their enthusiasm for their creations. Their audiences kept listening and sometimes growing large, as in the case of shows like 99% Invisible or The Tobolowsky Files or Welcome to Nightvale.

Not that you'll hear about those shows in the regular media. Every journalist is looking for the thing that podcasting's not: the mass audience, mass interest, "must hear" shows for everyone. "Serial," that phenomenally popular podcast, was just close enough to that criteria that the media woke up and "discovered" podcasts. Again.

Those of us who've been there all along would thank them, except for the fact that every time I've read a piece on podcasts it has clearly been written by someone who doesn't have a clue. Certainly they haven't taken the time to do more than interview a few sources who aren't really helpful to those of us who'd like to see some sort of breadth represented. 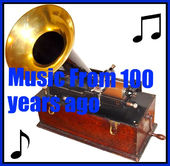 Stories compare podcasts to radio shows, they focus on the "pro-casts" (professional radio shows broadcast through podcast feeds), and they tell you how hard it is to find them. Then they introduce their definitive listening guide. Which is generally anything but definitive.

In so doing, they miss the delightful, quirky world of passionate amateurs who have taken this broadcast medium to heart and produced a wild variety of shows. These podcasts may serve a mind-boggingly specific or small audience. And yet, they are some of the best entertainment available today. 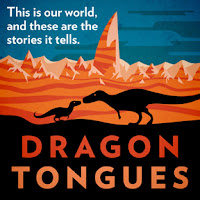 What surprises me is that I'm not the only one who finds this annoying. I can be excused for being opinionated. I have two podcasts and regularly am a guest on a third. I am a voracious podcast listener and know there's a big world out there. But when my mild-mannered husband tosses the paper aside in disgust after reading one of these pieces, then we know there's a huge problem. He listens to fewer podcasts than I do. But he's a passionately loyal listener. Because when you listen to a podcaster regularly, you become part of their community.

Reporters also miss the true beauty of the podcast. They rarely mention that they are completely mobile.  Download or stream one whenever and wherever you want. If you've got wireless, you've got access. 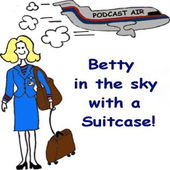 I myself am an old-school, download-through-iTunes gal. But if you want streaming and apps just Google (or Bing or DuckDuckGo) it.

You'll also hear that podcasts are hard to find. I'm not sure what world these journalists live in. Have they never browsed in a bookstore (granted, those are increasingly rare these days) or cruised TV channels? All you've got to do is push the iTunes "Podcast" tab which reveals a marvelous world of possibilities waiting for you. Organized just like their music, the front page features hot picks, collections, "favorites," and interesting oddballs. 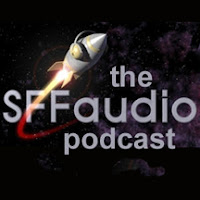 Each category (just click the drop down "All Categories" menu) has its own front page and will lead you down fascinating rabbit holes of listening. I check iTunes every couple of weeks and always seem to find at least one undiscovered show to try. And I've been listening since ... forever.

My personal favorites tend to be what I call "true" podcasts — done for the love of the thing. CraftLit, SFFaudio, the H.P. Lovecraft Literary Podcast, Spilled Milk, King Falls AM, and Music From 100 Years Ago are just a few of them. (Drop by my Forgotten Classics sidebar and you'll find the links for these and many more.) 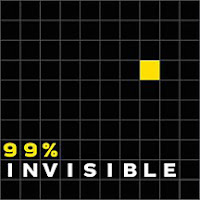 Popularity can produce greater success and push podcasts into becoming "pro-casts." Freakonomics and The Dinner Party Download are just a couple that I listened to before they were discovered and put in the big show on regular broadcast radio.

My favorite success story is 99% Invisible which is about the design elements we see all around us but which ideally should be almost invisible if they work the way they should.

Roman Mars always sounds like the happiest guy on the planet and it might be because he can now make a living form his deservedly popular show, while forming a podcast network to provide support for other "hey, that's interesting" podcasts. 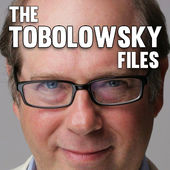 Podcast networks. Yes, they exist. They're also not that hard to find.

And plenty of other fascinating podcast "extension" stories exist. The Tobolowsky Files, featuring character actor Stephen Tobolowsky, tells hilarious or astounding stories of his life with a subtext that taps a deeper, sensitive side. His success almost led to being picked up by a broadcast network but when that didn't come to fruition they made a movie. A story telling movie. I love it.

Welcome to Nightvale began as a way to promote a book publisher. When the podcast took off, they began doing live shows. They now do international tours which quickly sell out. 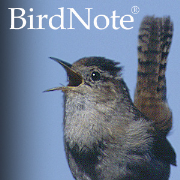 This isn't to say that I have anything against "pro-casts" but let's be clear about what they are. They're often simply convenient ways to hear your favorite radio shows on your own schedule. (I'd languish without my daily dose of Bird Note.) They also open a world that you can't get to otherwise, such as with foreign radio broadcasts. I get to hear shows from the BBC, Australia, Canada, and beyond that I love.

Sometimes, though, they are time capsules. Such is the case with my husband's favorite, Desert Island Discs. This hugely popular BBC radio show has been on air since the 1940s and they've made all their past episodes available via iTunes.

Each is an interview with a celebrity who has chosen the eight songs they'd take with them if they were stranded on a desert island. These songs often tell the story of their lives and the interviews are fascinating. They'll interview just about anyone. Many are the sort you'd expect like actors, singers, and well-known British celebrities like various Beatles and the Monty Pythons. But you'll also find prime ministers, scientists, bankers, and more who are a lot more interesting than you'd have thought.

I know this is long and passionate. But I'm not the only one who's steamed about the way the media misunderstands podcasting. Heather Ordover at CraftLit (another favorite of mine) did a special episode on this topic. The episode and transcript are here. 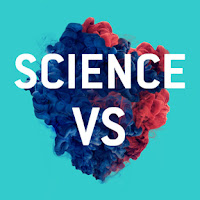 She's not only got clarifications about podcasting but a lot of the history and context that I left out. (Because I knew Heather had my back.)

As for Serial, I've got nothing against it. I'm not a fan of true crime stories but I do really like Trial Lawyer Confidential which is excellent real world advice and The Black Tapes podcast which riffs on the Serial format in an otherworldly way.

Yes, there is a lot more out there waiting for you. All you have to do is take a look. 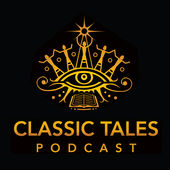 Speaking of Desert Island Discs, here are my top 8 desert island podcasts. I have tons of favorites, but these are the ones I'd have to have on a desert island to keep me sane. In no particular order:

Peggy:
Hank, the day after Thanksgiving is, in my opinion, the biggest shopping day of the year. And I will not spend another year giving Dallas Mavericks crap because the Cowboys stuff was all sold out.

Venus is descending in your sign this week, but you’re better off not knowing exactly what that means.