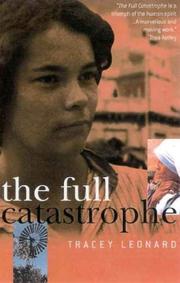 Since my foray into the morgue some time ago, I have often been deputised to inspect the inhabitants and make sure that all are present and correct. Today as I check the bodies, a movement on the seccond shelf on the left-hand side almost has me joining the residents of the right-hand side. With my heart pounding in my ears and the ever-present sweat turned to ice, I tentatively reach for the offending sheet. My fingers are shaking so badly I can barely untie the knot.

I recognise the man and immediately realise he is still alive, if only just. Storming from the morgue I feel nothing but rage. The brothers are my targets and the first poor bugger that I see cops the full brunt of my attack. ...

Gathering the brothers around me an hour later I ask the all important question: 'How do you tell if somebody is dead?' The general consensus among them seems to be that the person has to be cold and not moving. My hands bury themselves in my hair in an attempt to prevent them from strangling one of the brothers. With more patience than I ever knew I possessed, I carefully explain the rudimentary function of the heart and the lungs. They find this highly amusing and inform me that of course they know all that. At this stage I explode and yell, 'Well then, why didn't you bloody well check them on this patient?' I take them all back down to the man in question and with the aid of a stethoscope ask them to check his heartbeat. As fate would have it, one look at the man tells me that we are already too late; however, the first brother happily reports a heartbeat ...

This book answers a question I have often wondered, though never thought about long enough to articulate. What is it like to actually be a volunteer in one of Mother Teresa's homes for the ill, destitute, and dying in Calcutta? Australian Tracey Leonard answers that and more in this book which also covers her brief time of volunteer work among the aborigines in Australia. About three-fourths of this book is about time spent in India with the Australian volunteering taking up most of the remaining book.

Leonard is honest, unpretentious, and humorous. She gives what I imagine is an excellent look at the real world, shorn of the unrealistic expectations that practically every volunteer must have when reporting for duty with the Missionaries of Charity. As well, Tracey's frequent encounters with expats who befriend her provide a brief respite from the grueling volunteer work and show us a brief view of what life in Calcutta is like for other expats who are there for business. She follows a similar pattern in recounting her time among the aborigines.

Inspirational moments are far and few between, but that does not seem to be what she is looking for. The few times she mentions such instances are the more powerful as the focus is mostly on the work of living in Calcutta or among aborigines and on providing care for the needy.

(ONE SPOILER IN THIS PARAGRAPH)
Leonard's car accident is the reason she wrote the book and one imagines that there would be more introspection given in the twelve pages covering the event and afterwards. However, that is not the case. We are told, in Leonard's characteristic, forthright style about what it is like to be a quadriplegic. As usual a quick summary of her thinking about the situation and what she has learned are covered in a couple of paragraphs and then she moves forward with an equally characteristic mental shrug and positive comment.

Overall I enjoyed the book although I would have wished for a bit more depth on Leonard's motivations for doing all the volunteering, which we never really find out about at all. I also would have liked more than a sentence here or there about her thoughts on deeper subjects.

It would have been nice if this book had been brought up to date. It was written in 1999 but is just now being published in this country. We wonder what happened to Tracey. However, all in all, the book was an enjoyable and informative look into actual experiences of working with those who are in desperate need, no matter what part of the world.
By Julie D. at December 29, 2010