Seeking the Kingdom in the Midst of Great Sorrow 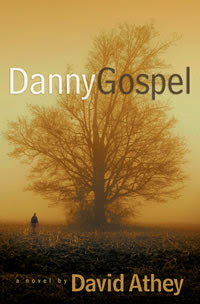 My grandmother had a forbidding apple face that seldom smiled, yet people knew that she loved them. Whenever we played a concert, she opened the show by softly strumming a few chords and then saying, "They call us the Gospel Family. On both sides of the family tree, we're farmers all the way back to the furrows of Adam and Eve. The Gospel Family has known joy, weeds, insects, war, and all kinds of suffering. We've had our share of death. And we know about resurrection. Just like your family, we've experienced what the world has to offer, good and bad. This first song is called 'This Little Light of Mine.'" ...
-------------------------------
Melissa asked, "Who is your favorite author?"

I sipped more spring water and thought about people like Dnte, Chesterton, Flannery O'Connor, and a host of others who loved words and the Word.

"My grandmother," I said. "She wrote wonderful little stories. Every person she created was heroic and foolish and struggling to do God's will. Her characters were heavenly, and stuck in the Iowa soil, just trying to be normal and happy.

These two excerpts probably sum up David Athey's book more than I can otherwise say. Danny Gospel is heroic and foolish and struggling to do God's will while being normal and happy. The story he tells is full of all the elements that his grandmother calls up in her history of the Gospel family, especially in having their full share of suffering.

Athey has created a character, Danny Gospel, who lives in a world that most call dreamlike. In fact, some say that he is crazy. His life seems to be a patchwork of one parable after another as he seeks God despite many tragedies that have befallen his family and him personally. At times it can be somewhat difficult to discern when Danny has fallen into a daydream and when he is reporting reality, however, if the reader is prepared to drift along in Danny's world there is a great deal of insight to be found. For instance, one might begin by remembering that "Gospel" means "Good News." Or perhaps one would begin by remembering that Daniel was a prophet who spoke to angels and this character is named Danny. Even if one cares to look no further than the surface there is a great deal to be gleaned about seeking God in our lives from this novel.

One could also look at this as a cautionary tale of those who spend so much time looking for clues to God's plan that they forget the best way to do his will is by living in God's plan. In other words, life is what happens while we are living it ... and most of the time no amount of head scratching can see God's plan as clearly as Danny strives to. I am not criticizing the book or character here but that element spoke quite strongly to me as I have seen several friends put themselves through a considerable amount of mental anguish while trying to "discern." Most of the time it is in the little quirks of life and "happenstance" that God's will for us unfolds and this is something that we can also take from this book.

I must admit that I was so surprised by the ending that I read it three times to make sure I had all the details. I then pondered this book for several days. It is an unusual book that can make me do such a thing. What I concluded was that the author is conveying a story of salvation and redemption, of God's refusal to give up on us, and of the power of love.

I must also mention that in looking around the internet at other reviews I found a certain subset of readers who were baffled and dismayed by Athey's free-flowing style. Perhaps it is the great amount of science fiction that I have read, but being plunged into the midst of a story like this is a familiar experience. I am used to having to float and pick up contextual information while getting one's bearings. It is not that the author does not give us a framework, but that the protagonist is rather free-form in his own life and mind. In any event, if you give it some time then it becomes simple to adjust to it.