A Practical Guide for Evangelizing in the Real World 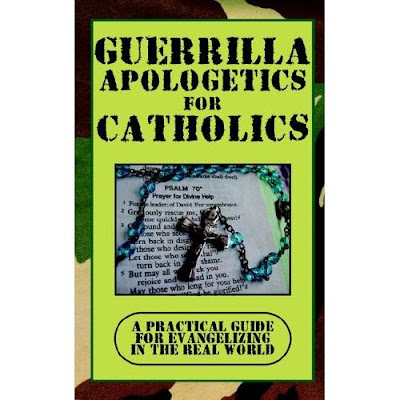 Before going in into the details of using Guerrilla Apologetics, it is important that the goal is made clear. The purpose of using guerrilla apologetics is to turn the discussion into a conversation with give-and-take on both sides, and to plant seeds for God to develop in the other person's journey of faith.

You should NOT try to prove the other person wrong, or convert them on the spot. Your arguments, no matter how good they are, will not change someone else's mind. Only they, with God's grace can do that. Perhaps your openness about your faith will play a role in God's plan, but much of the time we do not see the immediate effects of the part we play.

Try to set up and maintain a dialog in which to argue points of faith--not a personal quarrel. Always refrain from making personal attacks or criticizing another's beliefs, even if they are overly critical of yours. Avoid hostile discussions, and walk away if the discussion is deteriorating into a quarrel.

Attitude is everything in Guerrilla Apologetics. If you fail to exercise tact and civility, your actions and tone will overshadow and taint your efforts. Ask questions with sincere curiosity, and respect the other person as an expert on their faith. After all, you would be offended if a non-Catholic accused you of not knowing your own faith, so do not make the same assumption about them ...

This is from the introduction to the book but I wanted to put it up front so that everyone could see just what end results this apologetics approach is striving to achieve. The label "Guerilla" seems to me to be rather unfortunate as it gives the impression of warfare which is not what apologetics should be, although unfortunately it is often what apologetics devolves into.

Essentially, the idea behind "guerrilla apologetics" is that rather than continually answer from a defensive posture if questions about Catholicism arise, one could and should ask the questioner some things relating to their faith. This then opens the door to the exchange becoming more of a give-and-take conversation rather than an attack or defense. For example, if one is asked why Catholics "pray to" saints, it is the perfect opportunity to basically explain the concept behind intercession and then ask the questioner if they have ever asked a friend or anyone to pray for them. It is with fair but real-life examples like these that the book is filled.

I like the idea of using one's knowledge to open a real conversation with a questioner, should the person be open to such conversing. This book continually reminds the reader that one must respect the other person in any such conversation and this is a praise worthy goal.

Nowak also wrote Guerrilla Pro-Life Apologetics. It also takes this approach of asking questions to open the door to conversation. Of course, to do this, one must know about the topic and he also has good resources listed in the back of each book for further research. 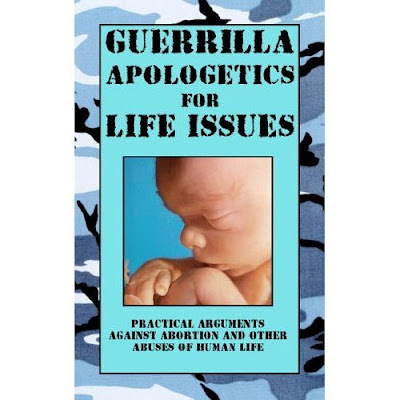 Guerrilla Apologetics for Life Issues by Paul Nowak
By Julie D. at May 30, 2008