Recently someone very kindly said that this was a nice place to relax in a Catholic atmosphere. Unfortunately, I'm now going to speak up about a controversial subject. You've been warned. So just move along if you don't want to get riled up ... or just plain don't care, which is fine too... 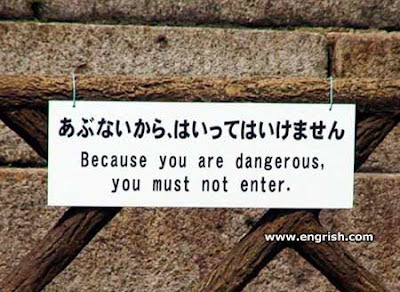 It is no secret that I have been in favor of the new liturgical translations, purely from the standpoint that the post-Vatican II thinking probably did to the language the same thing that was done to the architecture. Which is to say, they were made so basic and "dumbed down" that we were left without beauty.

I freely admit that this is a large supposition. It was in part based on looking at my New American Bible's language versus some of the older translations. It also was "dumbed down" and left without beauty. Furthermore, as I have been going for over a year to weekly scripture study and the question of accurate translation has arisen, the New American Bible frequently "loses" when compared with other translations and the original text.

However, as I really have no say whatsoever in the matter, I cheered the bishops' approval of a new translation and then largely forgot it.

That is, I forgot until several items popped up recently which I will address in order of occurrence.

The Bishop
Bishop Donald Trautman had an article published in America magazine castigating the accessibility of the new Mass translations.

Please go read it yourself. I was stunned at the sheer lack of professionalism in what looked largely like a condescendingly and poorly written tantrum. I say this because:

To be fair, I do understand the bishop's overall concern. He's afraid that the translators are doing to the liturgy, what that translator did in the picture above.

However, what I am wondering is if the liturgy we have now is the result of that sort of translating.

The blogger trusted Bishop Trautman's word on this. I trust the the translating committee.

So we see the dilemma. Who is right?

That is far as my thinking on the subject went. Until this week.

Comparing Liturgies
The end of our scripture study was different than usual. Our priest had read Bp. Trautman's article. Without talking about the article very much, he wanted to see if the language was too difficult to understand. He then proposed a "liturgical experiment" and handed out sheets of paper. One side had Eucharistic Prayer 1 as we use it now. The other side had the proposed translation of Eucharistic Prayer 1.

Then he read the proposed translation aloud while we read the current side to see how they were different. Afterward, he solicited thoughts from us.

As simple as that.

Yet suddenly everything became unexpectedly clear for me.

This was quite different than having a few sentences compared to each other or phrases pulled out of context for scrutiny. The words rolled over us and I suddenly was awash in phrases that showed me God's majesty, Jesus' sacrifice, my place in it, God's unending love for me ... and I felt gratitude and love in response. This may sound as if I'm overstating it. I'm not. I practically was in tears. That language literally lifted me to God. Meanwhile, I was astounded at the sparseness of the current text that corresponded to what was being read.

Please keep in mind that I am not a fool. I do know that after several months of hearing the language "roll over me" it will become routine. However, the liturgy that we have now stands out for me during Mass in this place or that to call me to God. The proposed liturgy will do so even more if this is any indication.

Mind you, it didn't strike everyone this way. Of the 15-20 people there, three preferred the current version. However, they all used the qualifier, "I am a lawyer" and said that they preferred "efficient language."

Obviously these will be the two attitudes to the proposed change.

Interestingly, one fellow hesitantly said, "But if this new text is mysterious ... isn't that what God and the Mass are? Mysterious?"

Which would seem to be the point to me. That worshiping God and celebrating the Mass are not about efficiency. They are about bringing us to God, lifting our hearts that we might have that veil drawn back for a second or two so that we may truly have a glimpse of heaven.

Efficiency
Think of how many things in our life are not efficient. So many of them are the very things that we treasure most. Preparing a meal and eating it with our families instead of grabbing a sandwich and all going to our rooms. Living as families instead of in communes. The love of a man and woman for each other is obviously terribly inefficient as a way to choose a spouse. As for making love, that most mysterious of all acts which makes husband and wife one on so many levels as well as creating visible evidence of our love (about 9 months later) ... well, I believe science has proven that if all we want is efficiency a test tube or two will suffice.

Let's take it to a more religious level ... the Bible? That's such an inefficient way to communicate, despite all attempted "clear" translations, and difficult to understand on many levels. Jesus' Passion? Sheez, talk about a mystery. Clearly, God is not worried about efficiency. His ways are not ours.

The conversation about efficiency made me think of John 12:1-8. Judas thought very efficiently (for whatever reason).

Six days before Passover Jesus came to Bethany, where Lazarus was, whom Jesus had raised from the dead.

They gave a dinner for him there, and Martha served, while Lazarus was one of those reclining at table with him.

Mary took a liter of costly perfumed oil made from genuine aromatic nard and anointed the feet of Jesus 2 and dried them with her hair; the house was filled with the fragrance of the oil.

Then Judas the Iscariot, one (of) his disciples, and the one who would betray him, said, "Why was this oil not sold for three hundred days' wages 3 and given to the poor?"

He said this not because he cared about the poor but because he was a thief and held the money bag and used to steal the contributions.

So Jesus said, "Leave her alone. Let her keep this for the day of my burial. You always have the poor with you, but you do not always have me."

Proposal
I would propose that our priest's liturgical experiment is a good one. I have formatted the text so that you can download it as a pdf. Give it a try. Don't just read it to yourself. Have someone read it aloud while you read along. (If you would like to look beyond what our priest chose, go to Whispered in the Sacristy who is one of those who has been asked to be a “reader” of the new translation of the Mass for Bishop CVG. He has more translations available. We will be reading Eucharistic Prayer II next week after our scripture study.)

Will it convince you that a translation is needed? Not necessarily. But at least you will have your own honest reactions to judge from instead of taking someone else's word for it. That is the place for honest conversation to begin.

No matter what, in the end it really comes down to what wise 94-year-old Phyllis said:

No matter what translation they use, in six months we'll all have accepted it and be on to worrying about the next topic.

Remember the writing and ink spilled over The Da Vinci Code? Yet how often do we see people getting all worked up about it now? It too has passed.

Let's do the experiment, take a deep breath, and remember that this isn't up to us. It also would be a very good idea to say a few prayers for everyone working on this translation that God will guide them in how He wants to be worshiped. As I recall He had quite a lot to say about that in the Old Testament in the building of the arc and the temple. Doubtless He has some very definite opinions about this too. He knows what we need and what will work best in achieving it.